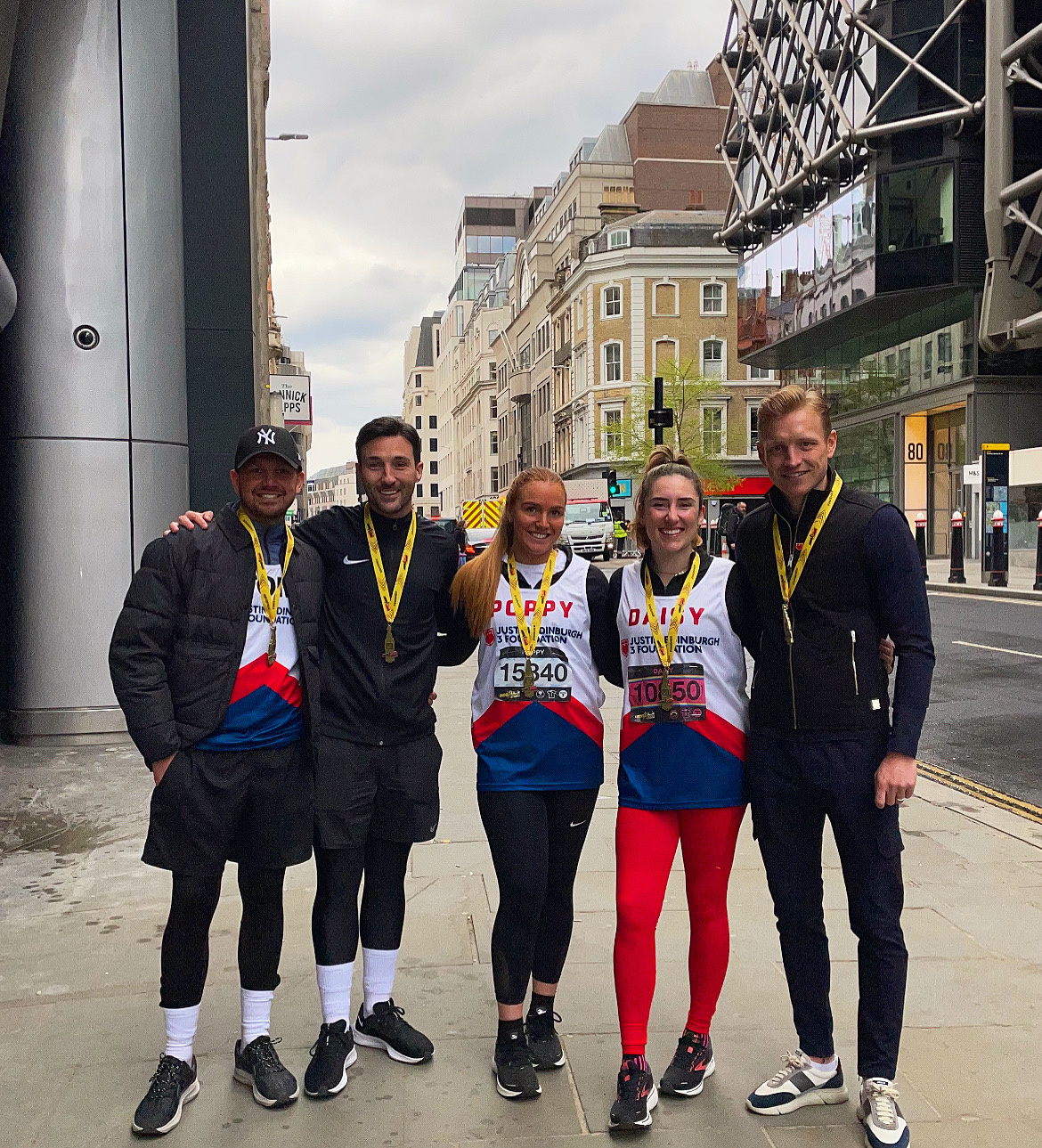 The Justin Edinburgh 3 Foundation is celebrating its London Landmarks Half Marathon success.

On Sunday, thousands of spectators lined the streets of London to see nearly 12,000 runners cross the start line, including 6 runners for JE3 Foundation. The atmosphere and support on the route were exceptional, with the foundation housing a Cheer Station at mile 9 of the course, where runners were treated to the exceptional sounds of ‘We R The Band’.

The 6 runners were a credit to the foundation, having put in a lot of hard training in the build-up to this year’s race, and this was reflected in their race times and the exceptional funds they raised for the foundation. We are grateful to:

Congratulations to all of our runners on this fantastic achievement, the funds raised allow JE3 to continue its vital work.

A special thank you to everyone who supported our runners with us at Mile 9 of the racecourse the atmosphere was superb and we received exceptional feedback at just how much this helped drive all runners on to the finish line.