The fixture will kick off the partnership between the Foundation and the Essex-based club, which will also be the home of all Justin Edinburgh Football Academy camps.

Club chairman Simon Cornwell said: “The Buckhurst Hill family are proud to be involved with this incredible charity and support the amazing work that Charlie Edinburgh has delivered in memory of Justin.

“All proceeds will go to the JE3 Foundation and the Buckhurst Hill FC Foundation.”

JE3 Foundation have a number of players confirmed for the fixture already, they include:

Mr. Cornwell said: “To have a commitment from such great names is just amazing, and we thank them all for giving up their valuable time for such a great cause.”

With a huge crowd expected, advanced tickets are now on sale. This will also enable you to fast access the ground on the day (Gates open midday)  – purchase your tickets here: https://tktp.as/EQUGXA

There will also be an opportunity to purchase tickets on the day of the match itself.

JE3 Foundation CEO, Charlie Edinburgh commented: “This is set to be a fantastic occasion. We would like to place on record our sincere thanks to Buckhurst Hill Football Club for all of the support shown to the foundation and Justin Edinburgh Football Academy.

“We are expecting a competitive fixture in true Justin style and would like to thank our JE3 players for committing to make this event a huge success.” 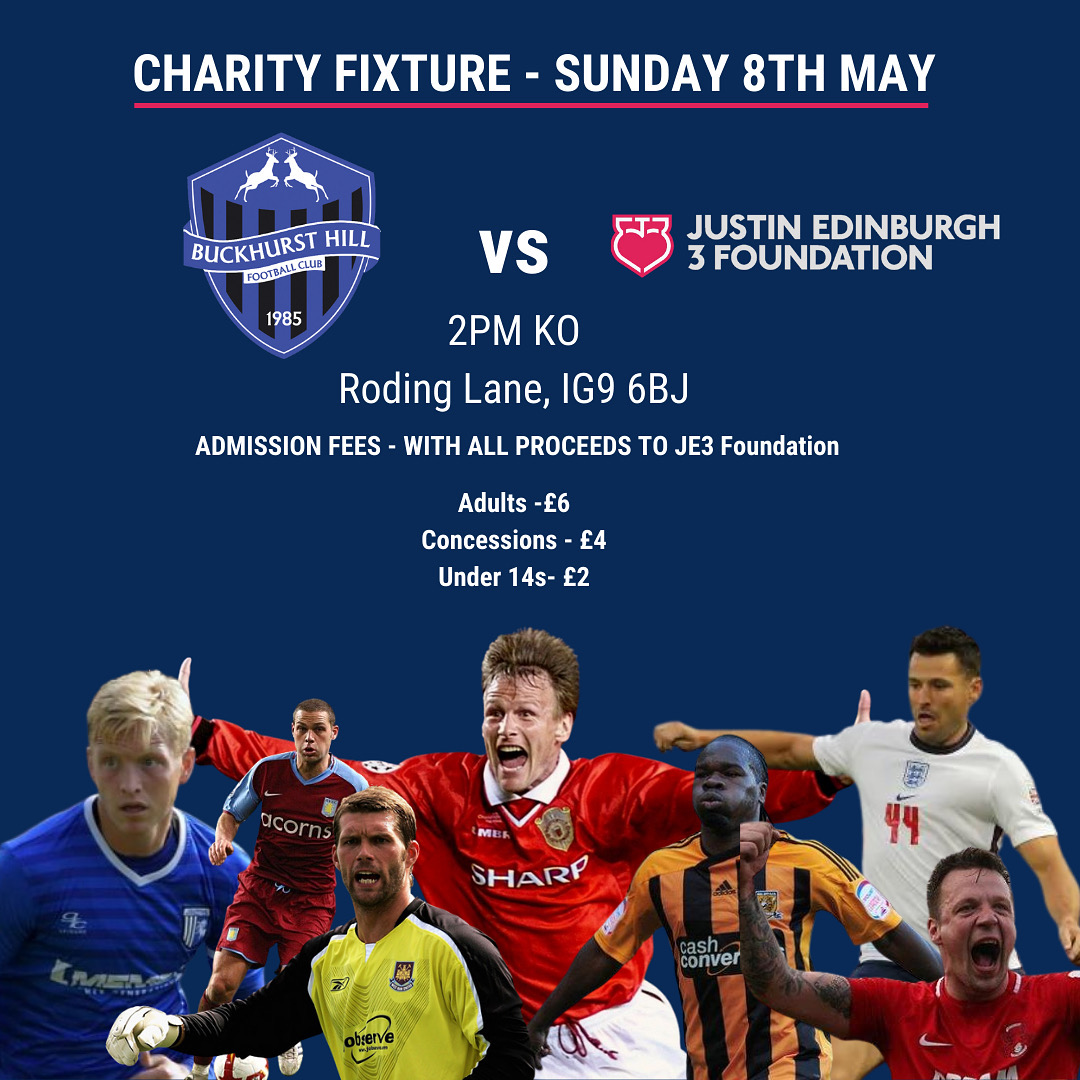