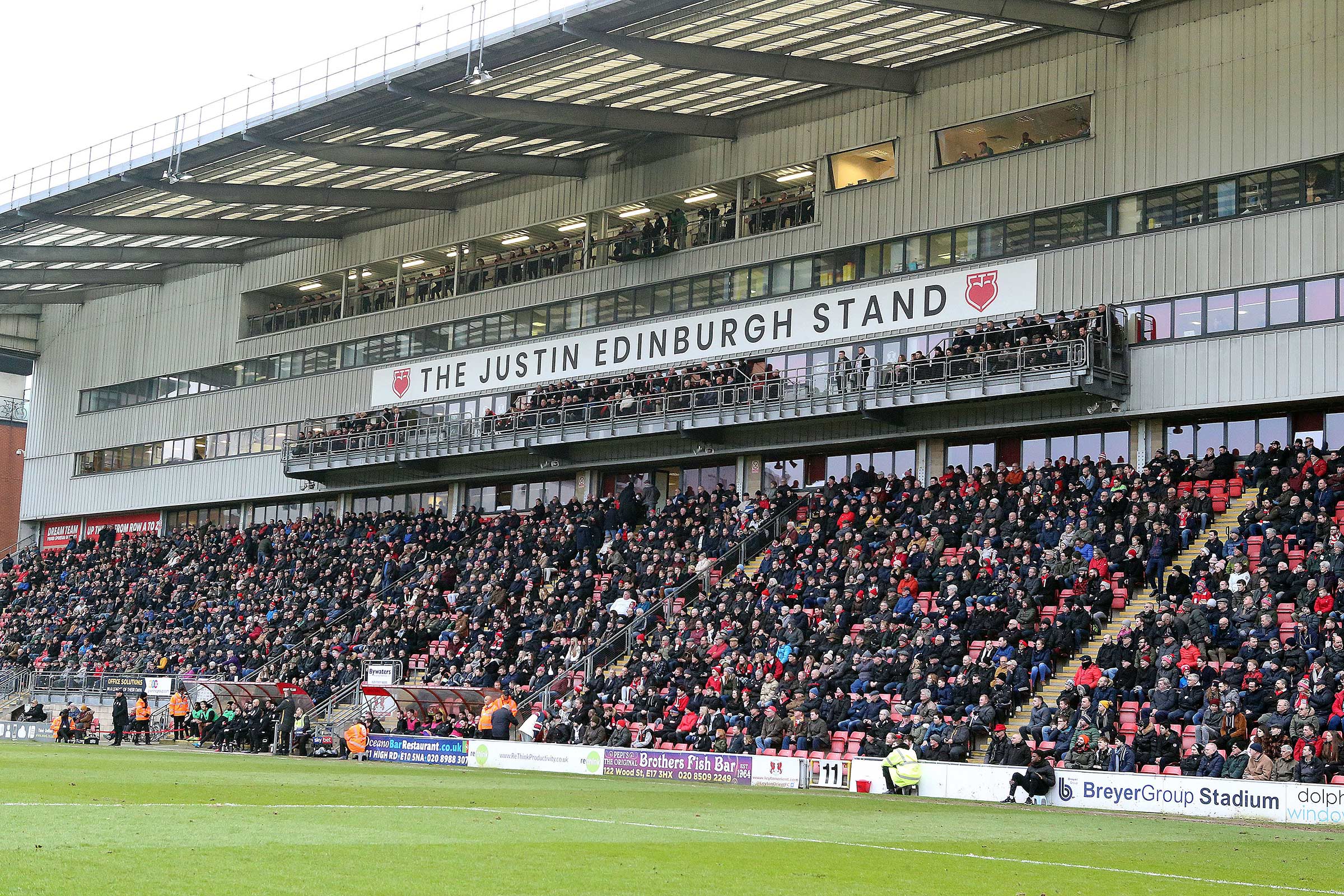 In a lasting tribute to Justin Edinburgh, Leyton Orient Football Club has announced that the West Stand at the Breyer Group Stadium will be officially renamed the Justin Edinburgh Stand.

The renaming of the stand, in memory of the Club’s title-winning coach, will be marked by Justin’s wife Kerri, and children Charlie and Cydnie in the build-up to kick-off tomorrow against Newport County, who Justin also managed to promotion in 2013. Kerri Edinburgh commented, “It is with enormous pride and excitement that on Saturday we will be attending Leyton Orient v Newport County for the official unveiling of The Justin Edinburgh Stand.

“Over the past months we can’t thank Leyton Orient enough for their continued support to us all. We’ll be forever grateful for that and know why Justin loved this club and the people involved with it so much.

“One of Justin’s and our family’s most memorable moments of his managerial career was the promotion back to the Football League which was secured on the pitch in front of this stand which will now proudly be named after Justin.

“We’d like to thank Nigel, Kent, the Board of Directors and all the staff at Leyton Orient for making this possible and for always making us feel welcome and part of the Orient family; our family and friends for their continued support; and finally, football fans all over the UK, especially those Leyton Orient supporters and Newport County supporters with whom Justin had an incredible mutual bond and supported him and his teams so passionately.”

The JE3 Foundation look forward to working closely with Leyton Orient and the Club’s supporters to raise funds and awareness for CPR training, the donation of defibrillators, and campaigning for Justin’s Law.